It's really good to see that Martial Arts films are getting more of a buzz these days to the masses (even though these films have never stopped being made) especially with the RZA / Tarantino "Man with The Iron Fist" releasing in November and now "The Guillotines" being released in December.  Not sure if this will make it's way to theaters in the states but he, none of the others did and I still managed to secure DVD copies of them.  It's great to see a new spin on the classic Shaw Brothers "Flying Guillotines" film. 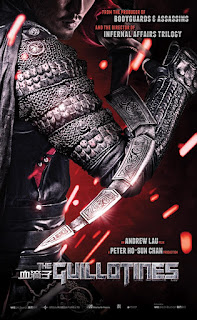 Posted by Skeme Richards at 9:19 AM