Looks like things went really well at the Kodoja x Hot Peas & Butta booth this weekend at New York Comic Con 2013.  We completely sold out of the new issue #4 of Kodoja: Terror Mountain Showdown which I'm extremely happy about.  Thank you to everyone that stopped thru to chop it up with Rory Smith and Elroy Jenkins.  And to thank you to those two shady characters (Christian and Brooks Jones) that hijacked the booth while the guys strolled the convention floor.  Extra big shouts to the homie King Cope 2 who signed Christian's Kodoja comic cover with his signature bubble throw up, definitely frame worthy. 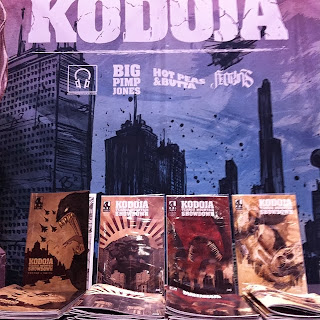 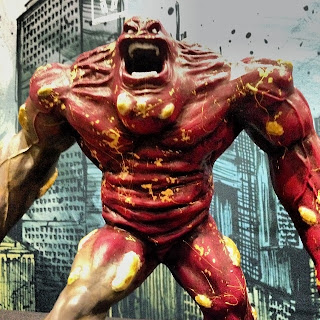 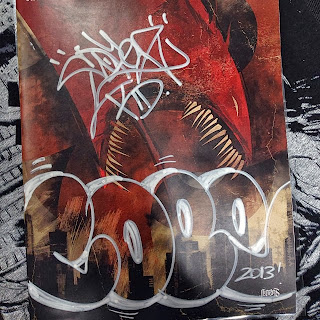 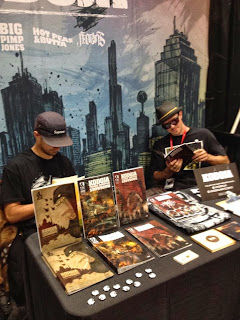 Posted by Skeme Richards at 2:53 AM