I love when artist can re-imagine and redo a classic movie poster but still keep it with a clean timeless look and not overly done. The Planet of the Apes film series is one of my all time favorites so this is definitely something that I might have to jump on.

Austin, Texas’s Mondo has linked up with artists Rich Kelly, Jason Edmiston, Phantom City Creative, Florian Bertmer, Martin Ansin and Ken Taylor for a series of limited edition Planet of the Apes posters. Released yesterday as a set and then again today individually, the exclusive prints display a unique take on the movie posters that originally promoted the classic film franchise. Spanning from 1968′s Planet of the Apes to 1973′s Battle for the Planet of the Apes, the entire run of exclusive prints was scooped up by fans of the franchise in a matter of minutes. 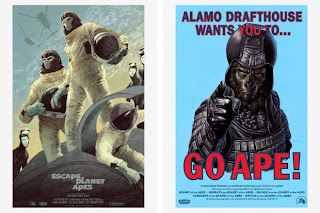 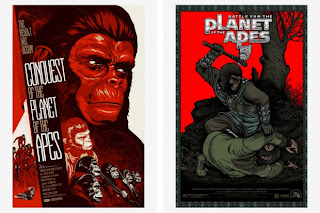 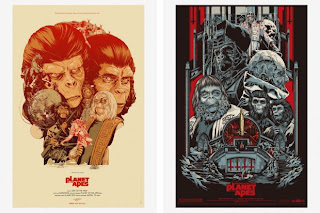 Posted by Skeme Richards at 8:48 AM