It's been a minute since I've sampled a really proper burger but in the last two weeks I've had 2 really really grand ones. First up was recommended by the homie Jolin Ras while out in Vancouver last week, I guess he felt that we needed to have a full stomach before we headed out for a day of diggin for records. This was the Man's Man Burger which turned out to be bonkers! 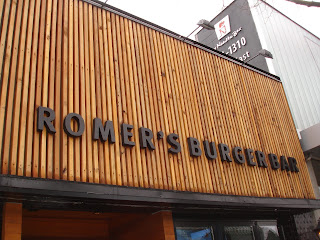 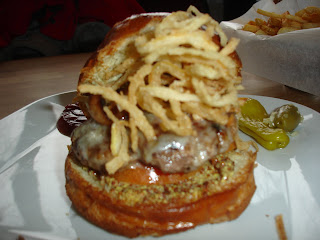 Next up was actually a sort of burger reunion that I had with the cat I actually started the burger mission with, Ynot. He's been back in Philly for a week and it's only right that we indulge in a tasty burger at PYT. This was the first time that I strayed away from my usual and opted to go for the pretzel burger. This was a nice piece of beef, stacked with sirloin steak on top, cheddar and laid between a nice Philly soft pretzel bun. Complete that with a few beers and it's a wrap! 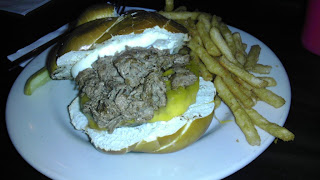 Posted by Skeme Richards at 1:09 PM