without the long flight. So Yesterday I jumped in the whip and drove to New York to check out the infamous SFNY party that my man King Most from San Francisco does in New York, hence the name SFNY. Its basically a party where all the Bay Area heads fly in or actually reside in New York and for one afternoon / evening party. This year Monk One joined King Most on the decks so you know the music was amazing. Monk dropped so many classic dance records on vinyl while most killed the party anthems of old and new. The other thing that made this party specials was its location which was on the rooftop penthouse over looking the city, amazing. While there I got to catch up with alot of peeps that I haven't seen in a minute like Amir, Andre & Mike(Wax Poetics), Geology and a bunch more. This was like a Sex and the City party but for real people! 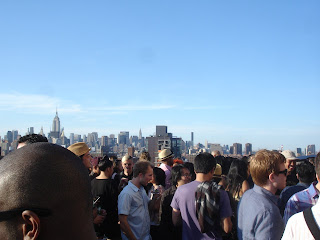 Penthouse View w/ King Most on the decks 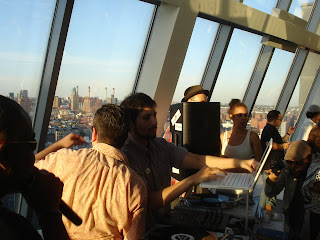 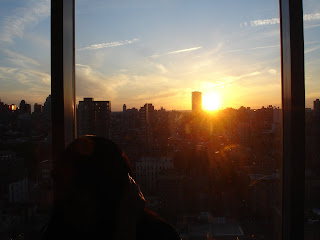 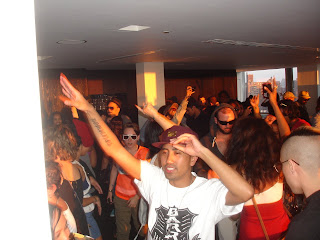 After that went to dinner with my peeps. 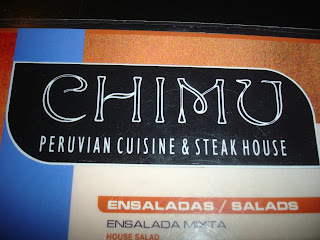 Only in New York on a warm spring day. 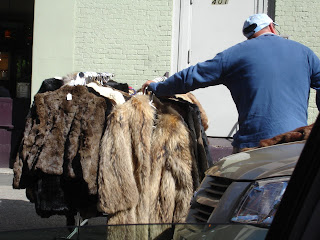 Posted by Skeme Richards at 8:58 AM

Skeme: As if you didn't know, the absolute best time to buy a fur in NY is when it's hot out. You can talk them down dirt cheap.

too true, but this guy just look like he had rottweiler fur going on. Plus looked like he was ready to run at the sign of a cop.

which reminds me, speaking about furs...HP&B holloween party, we need that pimp mack look to dress up in. hmm...maybe i should've bought a dog fur from dude huh?!