The Best To Ever Do It!

Bruce Lee, nuff said!
I've been searching for a minute for a large piece to cover one of my living room walls and I've narrowed it down to three different pieces. My newest aquisition is this original Italian 1 sheet of Bruce Lee's "Way Of The Dragon". It's been linen backed and is a massive 39x55 that would definitely fit proper in the space. It'll cost a few bucks to get framed but well worth it. Decisions.... 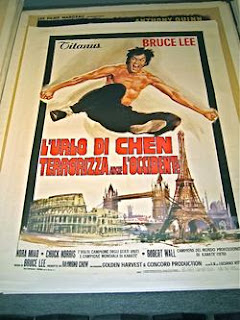 Its been a minute since I've done a "Coffee Table Status" post because I havent really found anything that needed to be presented, but this is so necessary!

I cant believe that its been one year since we started "The Go Off!" party in NYC, time really flys when your rockin the world huh? So for the 1 year anniversary we got my fam, DJ Eclipse to come thru for the occassion. 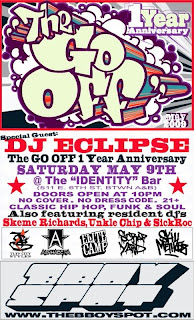 Posted by Skeme Richards at 5:58 PM No comments:

So my partner in crime, The Supa Genius Fredy Blast has just finished up his newest Supa Genius Cereal Show podcast and this month is a Jackson 5 dedication show. But not just any J5 material, only the finest and funkiest from the 70's! Give it a listen, its official. 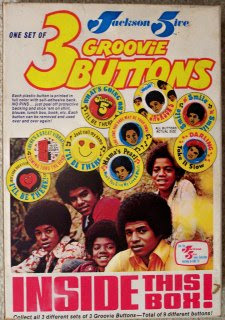 Posted by Skeme Richards at 5:53 PM No comments:

Last Thursdays Hot Peas and Butta / Black Dynamite Pre-party was bananas! Shouts to everyone that packed the spot to capacity and rocked the night away with us. The cast from the movie attended along with a some of NYC's finest DJ's (Amir & Chairman Mao, good looking!, Wax Poetics as well as some official blaxploitation collectors and lovers. Definitely a good 10p - 4am night in the city! Be sure to check www.hotpeasandbutta.com later this week for a full list of photos from the party. 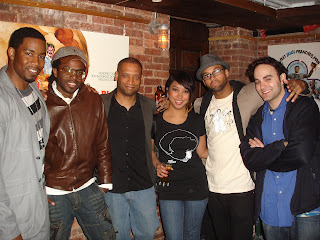 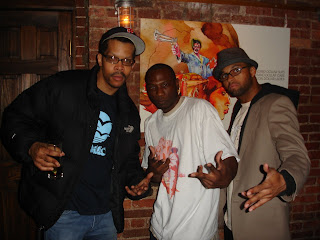 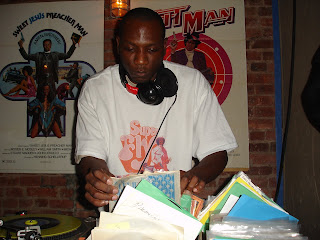 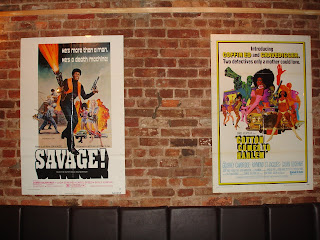 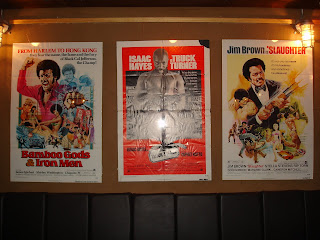 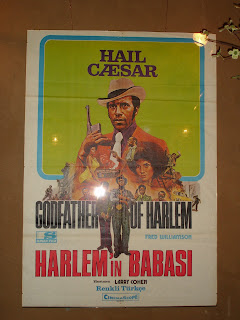 Its been a minute since I've had some time to get back into the lab to flip a few beats on the MPC2000xl but I woke up this morning a little motivated. But instead of using the MPC I brushed the dust off of my trusty SP-12, yes the 12 not the 1200. This machine was purchase way before you could walk into just any music store, back when these were first released the only way to obtain one was to know someone who worked in a studio to order one because these were not available to the public. 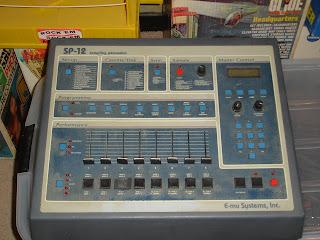 New interview over at More Than A Stance. The good peoples over there took the time out to conduct an interview with me to see what was floating around in my mind. Give it a read.

This is a party not to be missed!!

Paying homage to 1970s black cinema, eight to ten original blaxploitation film posters from DJ Skeme Richards' private collection will be on display. Black Dynamite pieces will also be featured. Special guests for the evening will include Black Dynamite's director, Scott Sanders, the film's editor, Adrian Younge (who also scored the film with original music), and other members of the BD crew.

Black Dynamite is set in the 1970s and centers around drugs, violence, and the mysterious hero "Black Dynamite," played by Michael Jai White. This hilarious, flawless testament to the blaxploitation era made its premiere at the 2009 Sundance Film festival in January, where it was picked up for distribution by Sony Worldwide Acquisitions. Wide release is set for later this year. The first screening at the Tribeca Film Festival will take place Friday, April 24th, at AMC Village VII 1, followed by screenings on Monday, April 27th, and Thursday, April 30th, 2009.

This pre-celebration for Black Dynamite's NYC debut promises to deliver a sucka-free, bad mutha f-in', funky-good time. Can you dig it?
Details

ABOUT HOT PEAS AND BUTTA: Hot Peas and Butta is a collective of funk/soul aficionados, spearheaded by Philadelphia legends, DJ Cash Money and DJ Skeme Richards. The duo spun the first Hot Peas and Butta jam to much acclaim in January 2008 at Philly's legendary Silk City
nightclub. Since then, Hot Peas events have gained local support through underground credibility, boasting cameos from pioneers such as Rich Medina, Bobbito, and Rocksteady Crew's Crazy Legs. Hot Peas also expanded to include a night in Brooklyn, and the addition of handpicked guest DJs such as Seattle's Supreme La Rock and funk diva Miss Shing-a-Ling. For more information, visit www.hotpeasandbutta.com. 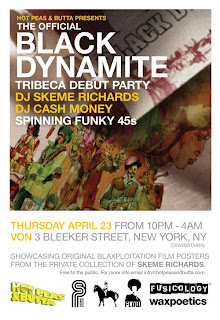 Posted by Skeme Richards at 7:03 PM No comments:

I'll be back out in California(LA & SD)this week for a few parties. First up is the legendary Root Down party on Thursday, this will definitely be a great night with Trek Life performing, Nelson George doing his book release party and myself rockin the 1's and 2's! 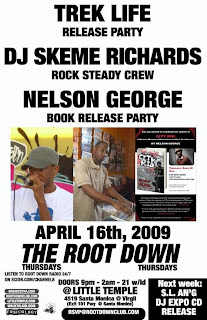 Friday night I'll be rocking with my man Charlie Rock at his party "Soul Sauce"! The Dojo squad always gets it in heavy with the sounds so it'll be good to rock along side them. In addition to that it is also the Frosty Freeze Tribute party and who else better to get it in than Rock Steady Crew family! 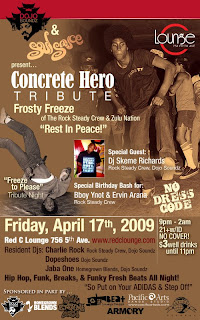 Saturday Night Im back at "Funky Sole" with Miles (Breakestra), Clifton, and Renato spinning crazy 45's all night long! My last outting was bananas them, the vibe is crazy, the music is amazing and people really...no really get sweaty!
Posted by Skeme Richards at 3:05 PM No comments:

The Go Off! 1 Year Anniversary

Last night at The Go Off was bananas as usual, shouts to everyone that came thru and rocked the night away with us. Next month is our 1 Year Anniversary and we're bringing DJ Eclipse (Fat Beats/Uncle Howie Records/RSC) in to spin along side us. Plus we've got an amazing drink special from our liquor sponsor "Dooleys" (free from 10-12) so get there early! 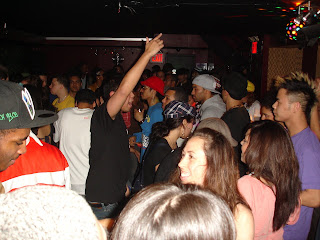 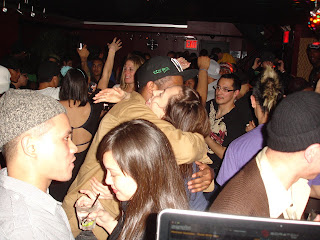 Posted by Skeme Richards at 2:20 PM No comments:

Can't Live Without My Radio 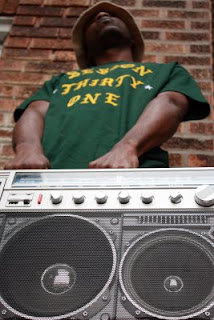 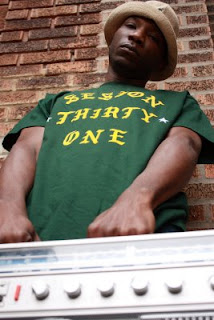 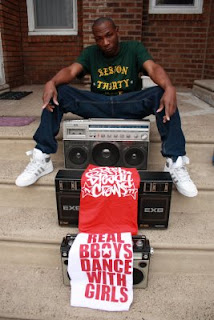 Right about now on this funk scene cats should know who Budos Band is! If you dont then you need to head over to their label Daptone Records and check there resume. Members of Budos also make up the Menahan Street Band and if your not up on them either then go back and listen to Jay Z's song where its starts out....Speech! Jay sampled that from Menahan. Anyway I spun the evening hanging out with Budos at their studio doing an interview with them for a new lifestyle / Culture / Art / Music / Fashion magazine from Austraila dropping this summer (yes, my writing game is tight too!) And of course between the interview we discussed rare 45's, these guys know their music. **Look for some Budos X Skeme Richards colabos in the near future. 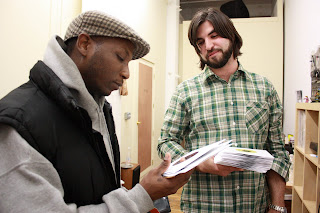 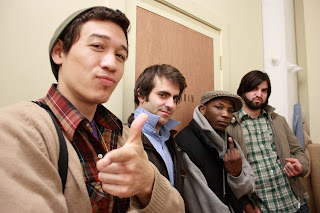 Posted by Skeme Richards at 5:17 PM No comments:

Here's ther promo picture from the Soulbrotha (12 Finger Dan & B-Base) album that I made a cameo on. Peep the SP12 in the background, classic material! 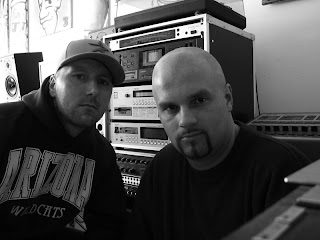 Posted by Skeme Richards at 5:13 PM No comments:

So my peeps Soulbrotha (12 Fingers Dan and B-Base) from Germany just released their new double LP titled "Collectors Item" and its on some SP1200 / 950 hip hop shit!! Guest appearances from DJ Premier, Blaq Poet, Sadat X, Red Alert, Nut-Rageous, Butta Verses, Craig G and yours truely, Skeme Richards!! Plus a host of others!! Cop that shit! 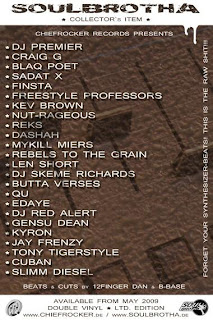