A few days back the homie and Kung Fu flick aficionado Paul Nice sent me a sneak peak of an upcoming project that he and fellow King Digger Soul Man aka Phill Most Chill are working on under the name of The Fabreeze Brothers. They've since officially leaked this snippet titled "Power Man & Iron Fist which will be dropping soon on Paul Nice's label Sure Shot! 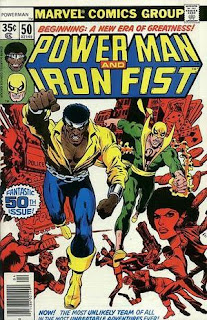