The art of it all.

Think of the connection between Kaws and Pharrell Williams and that's the feeling I get when it comes to me and one of the freshest dudes out there, Ewok 5MH. I've been really lovin Ewok's work for a while now and he's really become that guy who people want works of his hanging up in the homes. Not only has he Bombed the city of New York hard, he paints with some of the best dudes like Cope2 KD, has also been featured in various books and magazines plus has a sought after vinyl figure known as the Horselington (which goes for big bucks, especially the even rarer version)and is talked about about on mad blogs. Fat Cap recently caught up with him to discuss alot of different things. If your a person who is into art or looking for something to invest in then you need to cop something of his now, your walls will be very happy and your pockets will be fat when you try to sell it! Trust me. 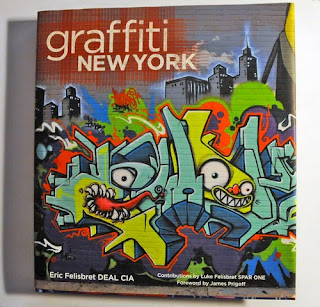 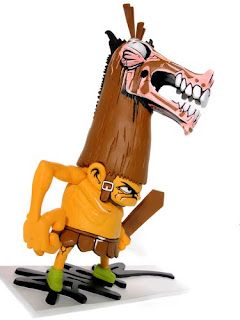 Posted by Skeme Richards at 2:37 PM